Here at Xclusive Kitchens we offer an impressive range kitchen taps. Essential for every kitchen, a well-chosen kitchen mixer tap has a surprising impact on the overall style of your space. We offer a wide variety of sleek modern taps, elegant tradition taps, many of which are available in current trending finishes such as matt black, chrome, gunmetal grey and rose gold to match the style and look of your kitchen. 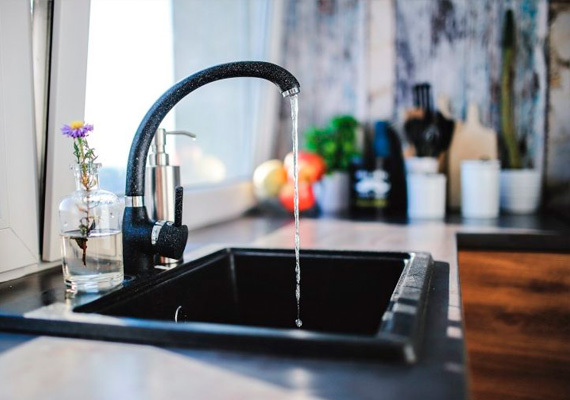 Monoblock Taps: A single spout, with the water temperature controlled by either one or two handles.

Pillar Taps: Two separate taps, one for how and one for cold, available with a range of levers, knobs or cross-shaped handles.

Deck Mixer Taps: If you’ve got two tap holes by wanting a mixer tap, you can choose the deck mixer which gathers water from the two tap holes and delivers it via a single spout.

Pull-out taps: These spray kitchen taps can be removed from their fixings and directed to other parts of the kitchen.

You wouldn’t think that new kitchen taps would really make a big difference, but they do. Whether it’s increasing the functionality of your sink, creating a more stylish appearance or a bit of both, choosing the right taps for your kitchen can really bring your design to life.

There’s a huge range of kitchen taps for you to choose from, so whatever your personal preference, we can help you find the right taps for your needs. Some of the popular styles include:

A traditional kitchen can, to some extent, be what you want it to be, as you still have the option to add your own touches to the design and finish. However, if you’re going for a traditional style, there are some hallmark features that are typical of this type of design, such as:

As well as deciding on the type of tap you’d like you also have infinite choices in terms of the design, materials, and functionality of your chosen kitchen taps. Pick from stainless steel, chrome, copper, or brushed nickel, or choose a coloured tap in hues such as gold, black, white, and more.

Modern taps can also be supplied with additional features, such as LED indicators to let you know the temperature of the water or even systems that filter the water for you as it runs through the tap. For more advice on types of taps for your kitchen, and what’s going to be right for you, talk to our team today.

At Xclusive we’ve built our reputation on providing customers with the perfect bespoke kitchens Sheffield has ever seen. We offer a wide range of services related to designing, supplying and installing kitchens for domestic and commercial properties.